Today’s post topic came to me in a dream. The other night I dreamt that I was doing a public education event somewhere, and that I was teaching kids about the grave of a man who lost his leg. Rather than giving the limb over to the doctors, he felt that this piece of himself deserved a proper burial, gravestone and all! I showed the kids a photo of the gravestone that had a strange wood umbrella behind it…and because this was a dream, I also had a cream highlighter stick that I would twist up and show the carved wood umbrella on the stick. Maybe it was branding? I’m not sure, it was a weird dream, but I woke up determined to tell you all about one of my favourite burial quirks: Limb Burials.

The idea of wanting to preserve or honour one’s amputated body parts, whether they were removed for one’s health or as the result of an act of violence, is not a new one. You may have heard of the woman a few years ago who had the bones from her own foot preserved and re-articulated after amputation? (There are human bones in that link, warning) That’s an extreme example, but very cool! The more common option was to have an actual burial, gravestone and all.

END_OF_DOCUMENT_TOKEN_TO_BE_REPLACED

Hello dear readers, it has been a while since I have written an entry for ‘Curious Canadian Cemeteries’! Today, I’d like to discuss the Castleton Cemetery in eastern Ontario, which I visited while on a camping weekend away. This site was opened in 1828and has been in continuous use for nearly 200 years. The site features many unique gravestones and examples of conservation and restoration that I’m excited to discuss with you all.

The site is located on the traditional territories of the Haudenosaunee, Anishinabewaki, and Mississauga Indigenous peoples (Native Lands 2020). All images in this post were taken by me on November 14th, 2020.

END_OF_DOCUMENT_TOKEN_TO_BE_REPLACED

This weekend, as the leaves are starting to change colour across Ontario, I have been thinking about gravestones (are you surprised?). More specifically, taking excellent photos for your historic survey of a burial ground. Of course, you can take photos any way you see fit, but this blog post is a guide to taking standard grave marker photos that optimise light, angle, and people that you have helping with the survey. Below, you will find examples of best practices for standardised gravestone photography, and some good examples of *not* to do.

I hope you can find some helpful tips in this post to take to your next project, or to share with a community that you are working with! All the photographs in this blog post were taken by me, unless otherwise noted.

END_OF_DOCUMENT_TOKEN_TO_BE_REPLACED 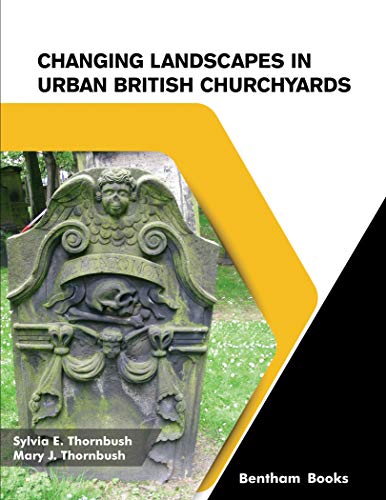 This post is a formal review of the newly published ‘Changing Landscapes in Urban British Churchyards’ by S.E. Thornbush and Mary J. Thornbush (2020), for Bentham Science Publishers, Singapore.

While academic and public interest books on burial grounds are often published, they tend to only consider the gravestones, and not the spatiality of the burial ground. This book by Sylvia E. Thornbush and Mary J. Thornbush examines gravestones within multiple east coast cities in England and Scotland, as well as the sites’ locality. However, for a text that is titled ‘changing landscapes’, I was hoping for more of a study of the sites as landscapes and spaces over the gravestones.

The sites focused on in this book are situated close to the coast, as to examine the effects of coastal erosion on headstone legibility and weathering rates, although other sites, such as York, were also selected based on the quantity of gravestones available for examination. The goal of the research was to compare the classic Dethlefsen & Deetz 1966 iconographic study (reprinted: Deetz 1977) to trends in the UK. The authors note that there are linguistic features which marked ‘Puritanism’ used on epitaphs, as well as within the iconography. However the iconography, in particular the ‘Death’s Head’ is still wrongly associated with specifically Puritan beliefs. The main goal of the study is stated as looking for differences in style of headstones in England and Scotland from the C17th-C19th after the Protestant Reformation, and how were they distinct from those found in C19th New England.

END_OF_DOCUMENT_TOKEN_TO_BE_REPLACED

Yesterday I went for a social-distancing walk at Woodland Cemetery, visited a few repairs that we did last summer (all are holding up well!), and made note of a few gravestones that have suffered some new damage. One of these stones was one that was repaired a few years earlier by another team, using one of the pinning methods that is accepted as a safe conservation technique for historic gravestones.

Historically, gravestones that had pins in them were attached together using iron, lead, or copper. The issues with the iron pins is, of course, that they can easily rust the moment moisture gets into the space, which in turn will cause the stone to crack from the inside. This damage is difficult to repair, which is why we don’t use these anymore! In place of iron, stainless steel pins have been used in more recent decades to hold broken stones together, and more recently these are being replaced with fibreglass rods. However, these materials, while they don’t rust, they have their own issues.

END_OF_DOCUMENT_TOKEN_TO_BE_REPLACED

It’s been a while for this series, hasn’t it? Today we will be exploring a historically very rural site, the Ellis Chapel, which is located in Puslinch Township, Wellington County, Ontario. The chapel can be accessed from the parking lot of the Cambridge On Route off the 401, west-bound, or from Ellis Road. The address of the site is: 6705 Ellis Rd, Cambridge, ON, N3C 2V4.

While this site is mostly known for its historic, coursed masonry chapel, constructed in 1861, the grounds include a small graveyard. Let’s take a closer look!

END_OF_DOCUMENT_TOKEN_TO_BE_REPLACED

Fresh off the airplane from Boston, and back to the blog! This past week I had the pleasure of attending the Society for Historical Archaeology’s (SHA) 2020 Annual Meeting in Boston, MA. It was my first SHA conference, and definitely one of the largest conferences I’ve had the change to attend so far, and it was such a wonderful experience! Of course, we did some touristing while we were in town…and most of the talks I attended had everything to do with colonial burials & settlements!

END_OF_DOCUMENT_TOKEN_TO_BE_REPLACED

Hello friends! Recently, I recorded a podcast episode for The Arch & Anth Podcast, with Dr. Michael Rivera. We chatted about my research in death and burial, work in CRM archaeology, and gravestone conservation. It was lovely, and the episode is out now!

You can listen to the episode by clicking on the link below, or by looking for the podcast on Spotify, Stitcher, iTunes, etc.

Episode 91: What is involved in cultural resource management, cemetery conservation and public archaeology? 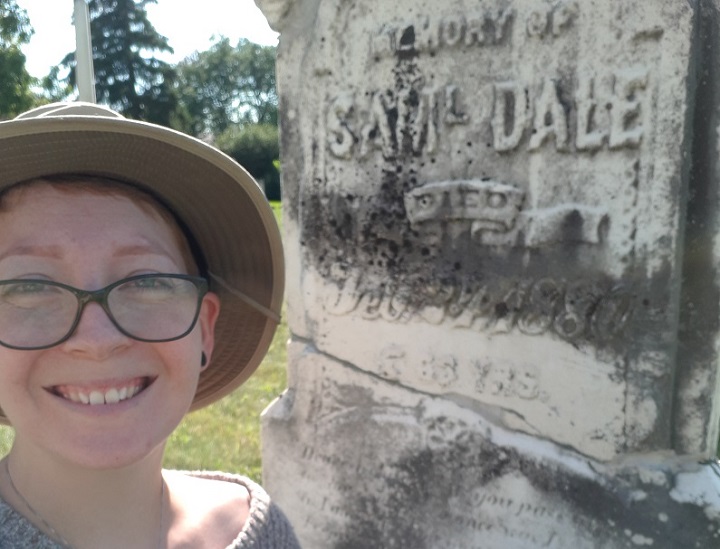 Hanging out with Samuel Dale at Brickstreet Cemetery.

Dear reader, can you hardly believe that it’s been a full 2 months of gravestone conservation work and training? Because I definitely can’t! It both feels like I started this job yesterday, and that I’ve been doing it forever. It’s what the heart wants! I’m happily writing this post on a Wednesday, that also happens to coincide with #AskanArchaeologist day! So at the end of this post, if you have any archaeology-related questions about historical burial archaeology, gravestone conservation, what else I research, etc., please don’t hesitate to ask!

Lets jump right into the last week+ at Woodland, shall we?

Good evening, from one of Woodland’s fawns!

END_OF_DOCUMENT_TOKEN_TO_BE_REPLACED

My goodness, what a whirlwind these past 7 weeks have been! With only one week to go, I can’t believe I’m nearly finished with these weekly(ish) blog updates of my training and work as a gravestone conservator. Here we go people, I can fix gravestones and know more about stone than I did two months ago! Does anyone want me to talk about stones forever…because too late, I’m never going to stop!

It was an exciting and productive week at the cemetery, so lets dive in! It was only a four-day week because last Monday was Canada Day, so I’m pretty impressed with all the things we got done.